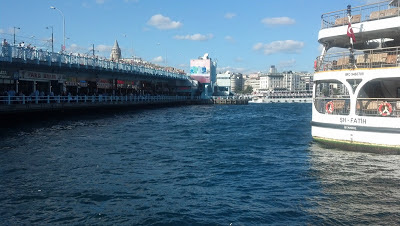 Finding the Galata Bridge on your first visit to Istanbul is like discovering the center of the universe, where dozens of cargo barges, huge water taxis and tourist cruise ships crisscross the golden Horn that flows under it in a never ending mish mass of maritime movement,  a constant flow of ocean vessels visible in the distance carrying oil and grain, sharing the narrow Bosphorus passage with naval ships of all sizes as they move from the Mediterranean through the Sea of Marmara to the Black Sea and back.  One of the busiest and most exciting trading centers in the world, where the past races by the present, full steam into the future, where Europe and Asia blend together in a cacophony of colorful dress, multiple cultures, and a myriad of languages, Istanbul represents a Turkey hell-bent on being a constructive player on the World stage. 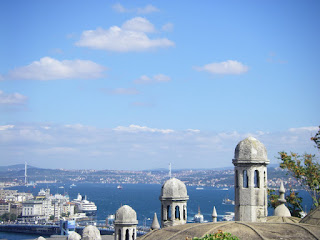 Majestically guarding the narrow space between the historically rich Sultanahmet, Seraglio Point, and the Bazaar Quarters of the city with its majestic Topkapi Palace, endlessly chaotic Grand Bazaar,  imposing Hagia Sophia,  spacious Suleymaniye mosque and quietly overwhelming Blue mosque on one side, and the more modern albeit funky, occasionally Bohemian Beyoglu Hill on the other side, stands the two tiered Galata Bridge over which armies of people walk, drive, and ride the buses and trams every day to get to work, shop, or sightsee, like us on a warm day in September, on our recent visit to Turkey.  This bridge, and the Karakoy and Eminonu neighborhoods at each end, from where the huge passenger ferries take off for Asian Istanbul, is the sweet spot of this city, where a  variety of wonderful traditional food begs you to stop, sit, rest awhile, and eat.

Dozens of exciting fish Lokantas (restaurants) perch along the length of the lower level of both sides of the Galata bridge, an amazing place for a cup of thick, rich coffee in the morning, a leisurely lunch, or late night multi course dinner when regulars and tourists, side by side, order platters of meze (small plate appetizers) that might include baked, sautéed or marinated sweet peppers, tomatoes, and eggplant accompanied by salad, flat bread and haidari(garlic laced yogurt). But it usually doesn’t stop there:  combinations of steamed midye (mussels), grilled ahtapot(octopus), marinated calamari (squid), fried sardalya (fresh sardines) and hamsi (anchovy), and broiled levrek (sea bass, most likely farmed) and cipura (bream) all await the hungry diners. 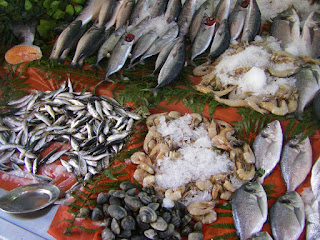 “Exciting”, rather than “Elegant”, would describe the eating experience on the Galata Bridge.  So for a quieter and somewhat more upscale experience there are several places nearby, such as Pasazade, offering excellent lamb shanks on the quieter Ibni Kemal Cadessi, around the corner from the converted bath house where a stimulating dance show Hodja Pasha should not be missed. Better yet try the much acclaimed and therefore more expensive Lokanta Maya on the Karakoy side a couple of blocks up Kemankes Caddesi, making sure you order the zucchini fritters, caramelized sea bass, marinated bonito, and garlic laced shrimp.  In either case, a bottle of Kavaklidere Ancyra Bogazkere or Cankaya will bring old world Anatolian grapes right to your table. 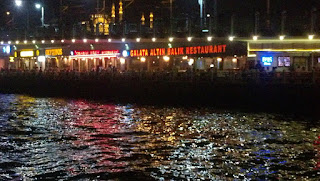 But, a prolonged stop somewhere  along the seemingly mile long restaurant that is the lower level of the Galata Bridge, with its unimpeded views of the waters of the Golden Horn blending with those of the Bosphorus and a most diverse and attractive parade of humanity, will reward you with a most unforgettable sense of the vibrant heartbeat of Istanbul. 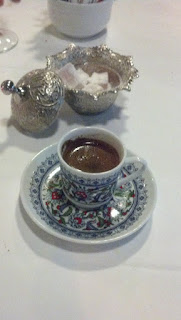 David Joslyn, having lived in Chile, Ecuador, Italy, and Costa Rica, and worked throughout the world in international development, now splits his life between Santiago, Chile, where as a Peace Corps Volunteer he married his Chilean wife Ximena, and Leesburg, Virginia. He is a private consultant who also writes leisurely about Chile, good and not-so-food, wine, and the wonderful people he has met in his travels. He blogs at: http://daveschile.blogspot.com